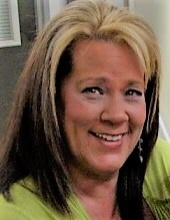 HEADLAND…Lisa Cooley Davis, a resident of Headland, Alabama, passed away Friday afternoon, August 20, 2021, at a Dothan Hospital, after a courageous battle with cancer. She was 60.

Funeral services will be held 11:00 A.M. Monday, August 23, 2021 at Wright Funeral Home & Crematory Chapel with Brother Lyle Seiglar officiating. Burial will follow at Pleasant Plains Baptist Church Cemetery. The family will receive friends from 10:00 until 11:00 A.M. before the service. Wright Funeral Home & Crematory is in charge of the arrangements.

Flowers will be accepted or contributions may be made to your favorite charity in Lisa Cooley Davis’s memory.

Mrs. Davis was born in Rantoul, Illinois to Donnie F. Cooley and the late Clarence M. Cooley. She lived most of her childhood in DeFuniak Springs, Florida. She was a 1979 Graduate of Walton County High School. She went on to earn a degree in cosmetology. She was a member of the First Baptist Church of DeFuniak Springs. She moved to Headland, Alabama over thirty years ago.

Along with her father, she was preceded in death by her sister, Linda Sue Cooley; her father-in-law, Phillip Boyd Davis; her mother-in-law, Frances Virginia Davis; and her brothers-in-law, Fred Davis, John White, and Ben Holley.

Our establishment DOES OWN AND OPERATE ITS OWN CREMATORY, so your loved one never has to leave our care.
To order memorial trees or send flowers to the family in memory of Lisa Ann Davis, please visit our flower store.