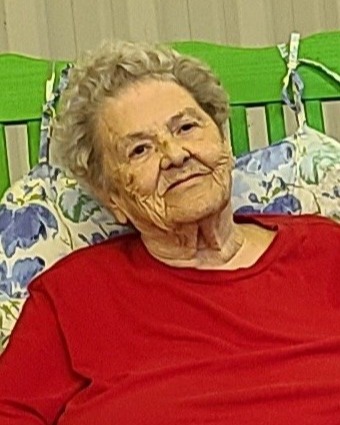 NEWVILLE, AL… Martha Dell Wilson McLain, a resident of Newville, Alabama, passed away Friday afternoon, November 4, 2022, at her daughter’s home, after battling stomach cancer for five months. She was 85.

Funeral services will be held 1:30 P.M. Sunday, November 6, 2022, at Wright Funeral Home & Crematory Chapel with Reverend Hugh Kirkland officiating. A private burial will follow in the Lakeside Christian Fellowship Church Cemetery. The family will receive friends prior to the service from 12:30 until 1:30 P.M.. Wright Funeral Home & Crematory is in charge of the arrangements.

Flowers will be accepted or contributions may be made to the St. Judes Hospital, ALSAC/St. Jude Children’s Research Hospital , 501 St. Jude Place  Memphis, TN 38105, or www.stjude.org .

Mrs. McLain was born in Henry County to the late Lloyd Wilson and Jessie Barron Wilson. She graduated from Henry County High School. After marrying her late husband, Jones Edward McLain, December 26, 1957, she lived her entire adult life in the Newville, Alabama area. She was a member of the Lakeside Christian Fellowship Church in Screamer, Alabama.

Along with her parents and her husband, she was also preceded in death by her son, Mack McLain; her sisters, Catherine Paul, Maggie Ferguson, Dottie Pilgram, Anne Roberts, Addie Bailey, and Florence McHarry; and her brothers, Billy Wilson, Tommy Wilson, Wesley Wilson, and James Wilson.

To order memorial trees or send flowers to the family in memory of Martha Wilson McLain, please visit our flower store.