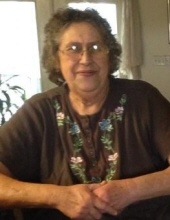 ABBEVILLE, AL… Mary Jane Axtell, a resident of Abbeville, Alabama, passed away Saturday afternoon, June 25, 2022, at a Dothan hospital. She was 74.

There will be a private memorial at the Axtell home.

Mrs. Axtell was born in Houston County, Alabama, to the late Grady L. Carr and Vera Johnson Enfinger. She lived in Headland, Alabama most of her adult lifetime before moving to Abbeville, Alabama in 2004. Mrs. Axtell owned and managed an in-home daycare for several years. She later helped her husband manage and run Headland Insulation Company from 1985 until 2010. She had a great desire in helping raise funds for the American Heart Association. She was a member of the Camp Springs Baptist Church. She was a loving and dedicated wife and mother, as well as grandmother and friend.

Along with her parents she was also preceded in death by her husband, Daniel Eugene “Dan” Axtell, Sr.; her step-father, Billy V. Enfinger; and her brother, Steve Enfinger.

Our establishment DOES OWN AND OPERATE ITS OWN CREMATORY, so your loved one never has to leave our care.
To order memorial trees or send flowers to the family in memory of Mary Jane Axtell, please visit our flower store.