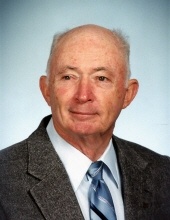 MIDLAND CITY.…Nolan Lee Newell, Sr., a resident of Midland City, Alabama, passed away early Sunday morning, February 14, 2021, at his home. He was 84.

Graveside services will be held 11:00 A.M. Tuesday, February 16, 2021, at Gardens of Memory Cemetery in Headland, Alabama, with Reverend Kevin Kelley officiating. The family will receive friends from 9:30 until 10:30 A.M. Tuesday morning, at Wright Funeral Home and Crematory. Mr. Newell will be available for viewing for friends and family from 12:00 until 5:00 P.M. Monday, February 15, 2021, at Wright Funeral Home & Crematory, in the Dogwood Room. All Covid-19 and social distancing practices will be followed.

Mr. Newell was born in Sulligent, Alabama to the late Robert Grover Newell and Eldred Mae Nolen Newell. He was a 1955 Graduate of Tarrant High School. He had previously lived in Birmingham, AL and Dothan, AL before moving to Midland City, AL over 33 years ago. He served his country in the U.S. Air National Guard at Ft. McClellan. He was foreman for Lehigh Cement Company, in Birmingham, AL, for 13 years. He was the owner / operator of Newell’s Chick-N-Treat on Reeves Street in Dothan, AL, and also The Dog House on Foster Street in Dothan, AL. After retirement from the restaurant business, he was engaged in the agriculture and automotive industries. He was a member of the Midland City Baptist Church.

Along with his parents, he was preceded in death by his high school sweetheart and wife of 44 years, Helen Duren Newell; and his son, Nolan Lee Newell, Jr..

The family would like to thank home healthcare givers; Edna, Sarah, Donna, Butch, and Michael and also Southern Care Hospice for their kind and compassionate care given through this difficult time.

Our establishment does own and operate its own crematory, so your loved one never has to leave our care.
To order memorial trees or send flowers to the family in memory of Nolan Lee Newell, Sr., please visit our flower store.