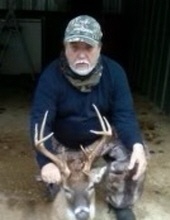 DALEVILLE, AL… Norman Paul Higgins, a resident of Daleville, Alabama, passed away Wednesday afternoon, January 5, 2022, at his home. He was 71.

Mr. Higgins was born November 27, 1950 in Cleveland, Ohio, to the late Ellsworth George Higgins and Mary Delaney Higgins. He lived and attended school in Cleveland, Ohio. Mr. Higgins joined the United States Army after school. While in the Army, he served in the Vietnam War as a door gunner. When he returned from the war, he served the remainder of his time as an aircraft mechanic instructor at Ft. Rucker, Alabama. After retirement he worked for Army Fleet Support Systems as a helicopter mechanic and supervisor until he retired in 2014. He was an avid hunter and fisherman. He loved to spend most of his time outdoors with his family and friends.
In addition to his parents, he was preceded in death by his brother, Bill Higgins.

Our establishment DOES OWN AND OPERATE ITS OWN CREMATORY, so your loved one never has to leave our care.
To order memorial trees or send flowers to the family in memory of Norman Paul Higgins, please visit our flower store.