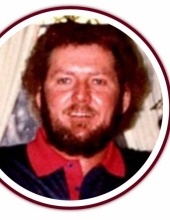 PISGAH, AL… Ray Guy, a resident of Pisgah, Alabama, formerly of Cottonwood, Alabama, passed away Friday, October 29, 2021, at Hospice of Chattanooga Tennessee. He was 78.

Funeral services will be held 1:00 P.M. Monday, November 1, 2021 at New Home Baptist Church, (3019 CR 61 Pisgah, Alabama 35765), with Dr. David Smith officiating. Burial will follow in the church cemetery. The family will receive friends from 12:00 until 1:00 P.M. before the service. Kerby Funeral Home in Rainsville, Alabama is handling the arrangements. Wright Funeral Home & Crematory is handling any local arrangements.

Flowers will be accepted.

Ray was born in Cottonwood, Alabama to the late R. Houston Guy and Clarice Richards Guy on February 7, 1943. He attended Cottonwood High School. He was avid football player for the Cottonwood Bears. He was the kicker and always kicked barefooted. He served in the military after high school. He was in construction most of his life.

Along with his parents, he is also preceded in death by his brothers, Billy Guy and Carl Guy; his sister, Myrtle Draughon, and several nieces and nephews.

Leaving to cherish his memories are his wife, Bonnie Brewton Guy; his daughters, Rhonda Lassiter (Kenny) and Kristie Watford (Glenn); his sisters Bertha Etheridge, Evelyn Adkins, Sue Gentle (Steve) of Dothan, AL; his twin sister, May Shelley (Pete) of Tumbleton, AL, his grandchildren; his great-grandchildren; and his several nieces and nephews.

Our establishment DOES OWN AND OPERATE ITS OWN CREMATORY, so your loved one never has to leave our care.
To order memorial trees or send flowers to the family in memory of Ray Guy, please visit our flower store.