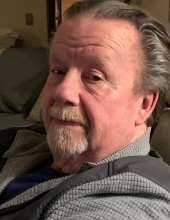 DOTHAN.…Ray Vern Taylor, a resident of Dothan, Alabama, passed away Sunday evening, February 14, 2021, at a Dothan hospital. He was 75.

Following Ray’s wishes no services are being held.

Ray was born March 19, 1945 in Roodhouse, Illinois to the late Chester William Taylor and Gertie Esther Wyatt Taylor. Ray served his country in the U.S. Army Rangers from1963-1966 and fought in the Vietnam War. He was a 1971 graduate of Southern Illinois University of Mortuary Science. A 1977 graduate of University of Illinois in Business Administration and Biology. Mr. Taylor graduated with High Honors and was awarded the National Funeral Service Foundation Gold Key for Academic Excellence. Mr. Taylor worked as a funeral director and embalmer in several locations across the United States. He was medically retired, but still loved to visit and help funeral homes in our local area. He was an avid hunter and fisherman. He was also known for his sense of humor and quick wit.

Along with his parents, Ray was preceded in death by his sister, Sue Ann Taylor Bush; his brothers, Milbert “Bud” Cregmile and Gary Cregmile.

Our establishment does own and operate its own crematory, so your loved one never has to leave our care.
To order memorial trees or send flowers to the family in memory of Ray Vern Taylor, please visit our flower store.