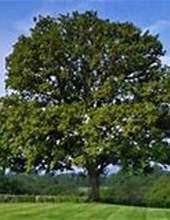 HEADLAND, AL.…Richard (Lefty) Lopez, a resident of Headland, AL, passed away Monday night, August 24, 2020, at a Dothan hospital. He was 76.
No services are scheduled at this time.

Mr. Lopez was born in El Paso, TX to the late Jose Lopez and Maria Luisa Salais. He was a 1961 graduate of Bowie High School, in El Paso. Richard was very active in the Boys and Girls Club of America. In 1961, he was selected as Boy of the Year for the club. As a result of being selected Boy of the Year, Richard got to meet President John F. Kennedy and Vice-President Lyndon B. Johnson. He also received a full paid scholarship for his education at Georgetown University. With his degree he prospered as a hospital administrator in Philadelphia, PA until his retirement. After his retirement, he found his real calling, which was a community advocate. He was also an ordained minister. He recently was the owner of Richco Consulting Services in Dothan, AL. He belonged to the National Directory of Registered Tax Professionals and the American Immigration Council. Rich was a supporter of the Bowie Alumni organizations and an avid fan of Alabama football...Roll Tide!

Leaving to cherish his memories are his wife Teresa Martinez Lopez of Headland, AL; a step-son, Rafael Martinez, III (Corina McCalister); his sister, Martha Rosas; his brothers, Adan Franco, Armando Lopez, and Robert Lopez; and his grandchildren, Tiana M. Martinez and Rafael A. Martinez. Rich had several nieces and nephews. A special thanks to Marta Rosas, who was a great help in this difficult time.

WRIGHT FUNERAL HOME & CREMATORY
Phone 334-693-CARE (2273)
www.wrightfuneralhomeandcrematory.com
…celebrating a life one family at a time…
Our establishment does own and operate its own crematory, so your loved one never has to leave our care.
To order memorial trees or send flowers to the family in memory of Richard Lopez, please visit our flower store.