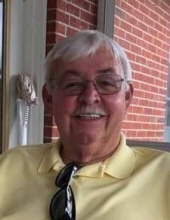 HEADLAND…Rick L. Mize, a resident of Headland, Alabama, passed away Monday morning, July 12, 2021, at a Dothan hospital. He was 70.

Mr. Mize’s wishes were to be buried at sea, and that will be upheld by the U.S. Navy, with full military rites.

Mr. Rick was born in Hugo, Oklahoma to the late Delbert Dennison Mize and Joyce Ann Jones. He lived his entire childhood there. He was a 1968 graduate of Hugo High School. After high school he joined and served his country during the Vietnam War, in the U.S. Navy. While serving in the military he lived in various spots around the United States, but ending up in Ozark, Alabama and then Headland, Alabama. After retiring as A Navy Chief with 20 years as a Corpsman, he worked as a Medical Services Officer with the Military Sealift Command for 13 years and finished his last 7 years in Civil Service as CEO for various hospitals for the Indian Health Service. He was a proud member of the Choctaw Nation of Oklahoma.

Our establishment DOES OWN AND OPERATE ITS OWN CREMATORY, so your loved one never has to leave our care.
To order memorial trees or send flowers to the family in memory of Rick L. Mize, please visit our flower store.