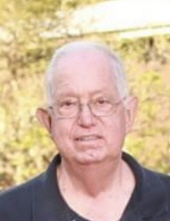 ROBERT “BOBBY” GRANGER
DOTHAN.… Robert “Bobby” Granger, a resident of Dothan, passed away Monday morning, May 18, 2020, at UAB Hospital, in Birmingham, Alabama. He was 74.
Funeral services will be held 2:00 P.M. Thursday at First Baptist Church Headland with Dr. Cecil M. Sanders, Jr. and his son-in-law, Brother Mark Oliver officiating. The family will receive friends from 5:00 until 7:00 P.M. on Wednesday evening at Wright Funeral Home & Crematory. Burial will follow in the Gardens of Memory Cemetery. Wright Funeral Home & Crematory is in charge of arrangements.
In lieu of flowers, the family has requested that contributions be made in Bobby’s honor to the Bridge to Tomorrow, in c/o First Baptist Church, 301 East Church Street Headland, Alabama 36345.
Mr. Granger was born in Dothan, Alabama to the late Edward Granger and Dorothy Merle Brookins Granger. He was a lifelong resident of Dothan. He served his country in the U.S. Marine Corps during the Vietnam War. Mr. Bobby was a member of the First Baptist Church Headland where he was active in the Jack Bridges Sunday School Class.
Along with his parents he was preceded in death by a brother Kenneth Granger.
Leaving to cherish his memories are his wife of forty-three years, Patricia Granger; his daughters, Jaclyn Granger Oliver (Mark) of Acworth, GA, and Robyn Granger Rowell (Wesley) of Headland, AL; his sister-in-law, Dollie Granger; his grandchildren, Courtney Oliver, Andrew Oliver, Brantley Oliver, Preston Oliver, Greyson Oliver, Annaleigh Rowell, Lyndsey Oliver, and Waylon Rowell; his nephew, Lynn Granger; many cousins, friends, and acquaintances.

WRIGHT FUNERAL HOME & CREMATORY
Phone 334-693-CARE (2273).
www.wrightfuneralhomeandcrematory.com
…celebrating a life one family at a time…
Our establishment does own and operate its own crematory, so your loved one never has to leave our care.
To order memorial trees or send flowers to the family in memory of Robert "Bobby" Granger, please visit our flower store.