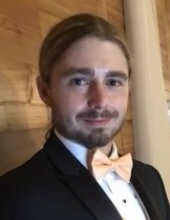 Mr. Lee was born in Dothan, Alabama to Maria Elizabeth Long Lee and Donald Jon Lee. He lived his entire life in the Dothan, Alabama area. He was a 2007 honor graduate of Rehobeth High School. He was also a 2013 honor graduate of Auburn University with a degree in Computer Science. He was currently working at Action Marine as a service technician. He loved computer programming and video games. He also was a gun enthusiast.

He was preceded in death by his grandfathers, Edwin Long and John Lee; great-grandfather, Bobby Taylor; and his uncle, Jerome McKenzie.

Our establishment DOES OWN AND OPERATE ITS OWN CREMATORY, so your loved one never has to leave our care.
To order memorial trees or send flowers to the family in memory of Robert Edwin Lee, please visit our flower store.