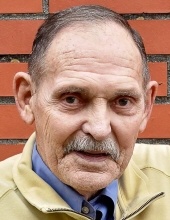 ABBEVILLE, AL… Robert Harold Wojtowicz, a resident of Abbeville, Alabama, passed away Sunday afternoon, February 6, 2022, at his home. He was 78.

In lieu of flowers, Mr. Wojtowicz wanted to keep giving to others, so he wanted donations made to Kindred Hospice, 2740 Headland Avenue, Dothan, Alabama 36303, www.kindredhealthcare.com , your local animal shelter, or your local food bank.

Mr. Wojtowicz was born in Salem, Massachusetts to the late Anthony Wojtowicz and Gladys Frances Nelson Wojtowicz. He was a 1961 graduate of Holten High School. He served his country in the U.S. Air Force in the 551st Combat Support Group during the Vietnam War. He retired from the Dothan City Police Department as a Sergeant. He was a member of the American Legion Post 119 of Abbeville, Alabama. In his own words he was a “Jack of all trades; master of none”.
Along with his parents he was also preceded in death by his wife, Rebecca Patterson Wojtowicz; his grandson, Christian Veara; his sister, Evelyn Frances Humes; and his brother, Anthony Earl Wojtowicz.

The family wants to make a heartfelt thank you to Kindred Hospice nurse, Angie Jones and aid Jannie Kinsey.

Our establishment DOES OWN AND OPERATE ITS OWN CREMATORY, so your loved one never has to leave our care.
To order memorial trees or send flowers to the family in memory of Robert Wojtowicz, please visit our flower store.