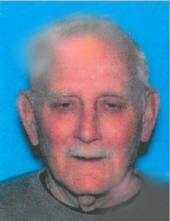 OZARK.…Ron Fischer, a resident of Ozark, Alabama, passed away early Monday morning, December 21, 2020, at his home, after a courageous ten year battle with cancer. He was 75.

Mr. Fischer was born in Cincinnati, Ohio to the late Harry Y. Fischer and Minnie Gaunt Fischer. He graduated high school in Kentucky. He served his country in the U.S. Army, where he was a proud Vietnam Veteran. After retiring from the military, he settled in Skipperville, Alabama. He founded and was President of the EliteStang Mustang Club. He loved his mustang he affectionally called “Snow”.

Along with his parents, he was also preceded in death by his son, Ronald Earl Fischer, Jr.; and his brother, Earl Edward Fischer.

Our establishment does own and operate its own crematory, so your loved one never has to leave our care.
To order memorial trees or send flowers to the family in memory of Ronald E. Fischer, please visit our flower store.