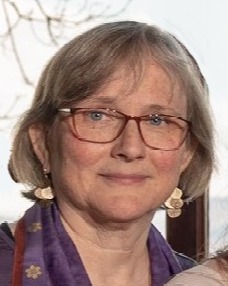 HEADLAND, AL... Sandra Bayne Gray, a resident of Headland, Alabama, passed away Thursday morning, December 8, 2022, at her home, at the age of 66.

A funeral service will be held 2:00 P.M. Sunday, December 18, 2022 in the Worship Center of First Baptist Church—Headland with Dr. Cecil M. Sanders, Jr.  and Ellis Prince officiating.  Entombment will be at a later date in the Arlington National Cemetery. The family will receive friends from 1:00 until 2:00 P.M. prior to the service. Wright Funeral Home & Crematory is in charge of the arrangements.

The family is accepting flowers or contributions may be made to the Gallery Church, 3 115 Eastern Avenue, Baltimore, Maryland 21224.

Mrs. Gray was born in Dothan, Alabama to Mernette Parrish Bayne and the late Curtis Odell Bayne. She lived in Headland, Alabama where she was a 1974 Graduate of Headland High School. After high school Sandra graduated from the University of Alabama with a Bachelor's Degree in Communications and later furthered her education with a Master's in Education from Bob Jones University, and an Eds in School Counseling from Bob Jones University. She was an educator on the island of Guam, in Pennsylvania, and in Virginia. She retired as a high school principal and guidance counselor. She was a member of the First Baptist Church - Headland. Sandra served with Dusty in Arlington National Cemetery as an Army Arlington Lady and also assisted him in conducting grief and relationship seminars, for which she received the Army’s 2nd highest civilian award for Meritorious Civilian Service.

To order memorial trees or send flowers to the family in memory of Sandra Bayne Gray, please visit our flower store.