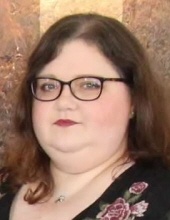 Funeral services will be held 2:00 P.M. Thursday December 30, 2021, at Wright Funeral Home and Crematory Chapel in Headland, Alabama with Reverend Ricky Martin officiating. Burial will follow in Gardens of Memory Cemetery in Headland, Alabama. The family will receive friends from 1:00 to 2:00 P.M Thursday prior to the service.

Shannon Hope Owens was born October 29, 1974, in Dothan, Alabama to Robert W. Owens and Becky Parramore Owens of Headland. She was a 1993 graduate of Headland High School and was a member of the Headland High School Band as well as Junior and Senior Beta Club. Shannon was a member of Headland United Methodist Church. She attended college at University of Alabama at Birmingham and Auburn University. Although Shannon grew up in the Headland area, she has also lived in Gardendale, Alabama as well as Auburn. She married Michael Leon Bainbridge in 2002 and they moved to Moody in 2003. They had one daughter, Grace that blessed them in 2010.

Serving as honorary pallbearers will her special uncles, the “Ghost Riders” and the 1993 Graduating Class of HHS.

Our establishment DOES OWN AND OPERATE ITS OWN CREMATORY, so your loved one never has to leave our care.
To order memorial trees or send flowers to the family in memory of Shannon Owens Bainbridge, please visit our flower store.