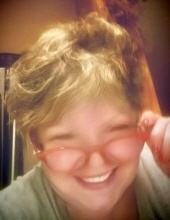 FRANKLIN, NC…Sherrill Sprouse Lewis, a resident of Franklin, North Carolina, passed away Sunday, June 20, 2021, after an extended illness. She was 65.

Wright Funeral Home & Crematory is in charge of local arrangements.

Mrs. Lewis was born in Spartanburg, South Carolina to Henry and Ginger Johnson Sprouse. She moved at a young age to Dothan, Alabama. She graduated from Houston Academy and Auburn University. She and her family resided in Headland, Alabama for several years, before moving to Franklin, North Carolina. She was a strong supporter of Auburn University and followed the Auburn Tigers with great enthusiasm. At the time of her death, Mrs. Lewis was an adjunct professor at Southwestern Community College.
She was preceded in death by her father, Henry Sprouse; and also her in-laws, Charles Alfred Lewis and Clara Nell McElhenney Lewis.

Our establishment DOES OWN AND OPERATE ITS OWN CREMATORY, so your loved one never has to leave our care.
To order memorial trees or send flowers to the family in memory of Sherrill Sprouse Lewis, please visit our flower store.