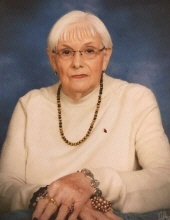 HEADLAND, AL… Shirley Hinson Clower, a resident of Headland, Alabama, passed away Thursday morning, February 17, 2022, at Signature Healthcare in Graceville, Florida. She was 85.

Flowers will be accepted, or memorial contributions may be made to Bridge to Tomorrow Building Fund at First Baptist Church of Headland, 301 East Church Street or The House of Ruth, P.O. Box 968 Dothan, AL 36302.

Mrs. Clower was born October 26, 1936, in Columbia, Alabama to the late James Ottis Hinson and Naomi Whatley Hinson. She was as 1955 Graduate of Headland High School. After high school, she married her dear husband, Henry Glenwood Clower, in October of 1955. They had one daughter, Renee, and lived in several places over the years, as Mr. Clower served in the Air Force. After Mr. Clower’s retirement they moved to Headland in 1977. Mrs. Clower worked and retired from West Point Stevens. They were members of First Baptist Church of Headland. Mrs. Clower was active in the WMU and served as a church hostess (because she was an excellent cook), every church they attended while moving.

In addition to her parents, she was preceded in death by her husband, Henry Glenwood Clower, and her son-in-law, Kenneth Bayne.

Our establishment DOES OWN AND OPERATE ITS OWN CREMATORY, so your loved one never has to leave our care.
To order memorial trees or send flowers to the family in memory of Shirley Hinson Clower, please visit our flower store.