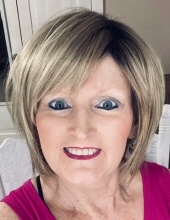 HEADLAND…Susie Icenogle Bickley, a resident of Headland, Alabama, passed away Wednesday, June 9, 2021, at her home. She was 57.

If you knew Susie, she was a very giving person. Her one last gift to everyone, was the donation of her body to medical science. Even after her death, she was giving person. A private service is planned for the immediate family.

Susie was born in Green Castle, Indiana. She was medically retired from Toyota in Georgetown, Kentucky and Southeastern Pediatrics of Dothan, Alabama. You would never meet a kinder soul. She always looked after everyone else before herself, even during her own illness. She loved her family, especially her grandchildren. She was also known as the Queen of Organization. When she would plan something, it was planned to a “T”. She loved the beach and Alabama Football. She will definitely be missed by all that knew her.

Preceding her in death is her father, Jerry Lee Icenogle; and her brother, Bernie Icenogle.

In lieu of flowers, contributions may be made to SouthernCare Hospice, 2576 Montgomery Hwy Suite #2 Dothan, Alabama 36303

Our establishment does own and operate its own crematory, so your loved one never has to leave our care.
To order memorial trees or send flowers to the family in memory of Susie Icenogle Bickley, please visit our flower store.