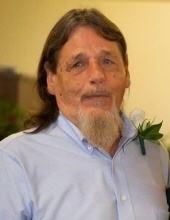 ABBEVILLE, AL… Talmadge Hall Turner, Jr., a resident of Abbeville, Alabama, passed away early Sunday morning, February 13, 2022, at a Dothan hospital. He was 67.

Funeral services will be held 1:00 P.M. Wednesday February 16, 2022, at Wright Funeral Home and Crematory Chapel with Reverend Joey Hudspeth officiating. Burial will follow in Edwin Cemetery in Henry County. The family will receive friends Tuesday evening, February 15, 2022, from 5:00 until 7:00 P.M. at Wright Funeral Home and Crematory in Headland.

Flowers will be accepted, or contributions may be made to Abbeville Fire and Rescue, 201 Bradley Street, Abbeville, Alabama 36310.

Mr. Turner was born in Phoenix, Arizona, to the late Talmadge Hall Turner, Sr. and Lola Helen Krieger. Mr. Turner was raised in Panama City during his teenage years and was a graduate of Bay County High School. He then moved to Lake Seminole in Georgia. He was employed as a HVAC technician from which he later retired from. He enjoyed green plants, gardening, cooking, and fishing. His favorite time was being outside in the woods whenever he could.

In addition to his parents, he is preceded in death by sisters, Linda Wheatley and Deborah Nelson, brothers Kenny Turner and Jack Turner and father-in-law Jack Blankenship.

Our establishment DOES OWN AND OPERATE ITS OWN CREMATORY, so your loved one never has to leave our care.
To order memorial trees or send flowers to the family in memory of Talmadge Hall Turner, Jr., please visit our flower store.