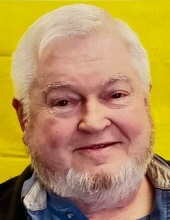 DOTHAN, AL… Thomas Eugene “Gene” Riley, a resident of Dothan, Alabama, passed away Saturday afternoon, April 2, 2022, at A Dothan hospital. He was 69.

Graveside services will be held at Ft. Mitchell National Cemetery at a determined time. The family will receive friends from 5:30 until 8:00 P.M., Tuesday evening at First Baptist Church, Headland, AL.

Mr. Riley was born in Dothan, Alabama to the late Harold Thomas Riley and Flowers Woodham Riley Smith. He was a 1971 graduate of Rehobeth High School. He served his country during the Vietnam War, in the U.S. Navy. He co-owned and operated B&G Marine Repair in Dothan, Alabama until his retirement. In previous years he had worked for other boat repair companies in the area. He loved being outdoors, where he had a passion for fishing and hunting.

Along with his parents, he was also preceded in death by a brother, Jimmy Riley.

Our establishment DOES OWN AND OPERATE ITS OWN CREMATORY, so your loved one never has to leave our care.
To order memorial trees or send flowers to the family in memory of Thomas Eugene Riley, please visit our flower store.