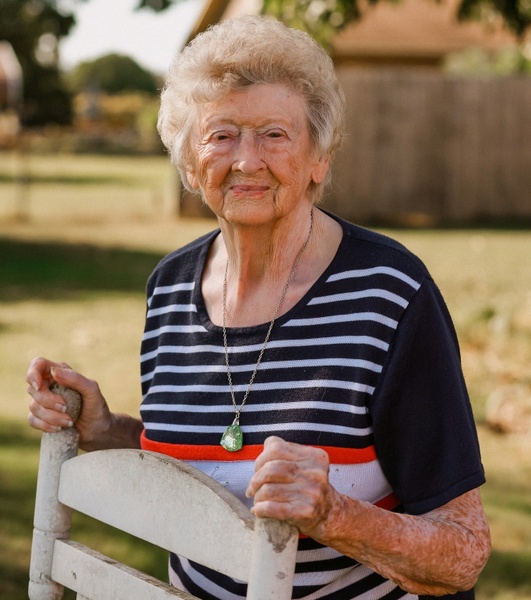 HEADLAND, AL… Vermell Johnson Trammell a resident of Headland, Alabama, passed away early Saturday morning, August 13, 2022, at her home. She was 92.

Funeral services will be held 2:00 P.M. Monday, August 15, 2022, at Wright Funeral Home & Crematory Chapel with her grandson, Reverend Jody Haddan officiating. Burial will follow in the Union Springs Baptist Church Cemetery. The family will receive friends from 1:00 until 2:00 P.M. prior to the service. Wright Funeral Home & Crematory is in charge of the arrangements.

Mrs. Trammell was born in the Union Springs Community of Henry County, Alabama to the late Pillie Johnson and Clifford Bond Johnson. She lived her young life in the Newville, Alabama area where she was a 1946 Graduate of Newville High School. She worked and retired from Verizon (formerly GTE) as an operator. She was a member of the Union Springs Baptist Church of Newville, Alabama. She loved to work in her flower beds when she was able. She was a strong and independent person. She was known for her famous banana pudding.

Along with her parents she was preceded in death by her husband, Robert (Bo) Trammell and her son-in-law, Larry Haddan.

To order memorial trees or send flowers to the family in memory of Vermell Johnson Trammell, please visit our flower store.