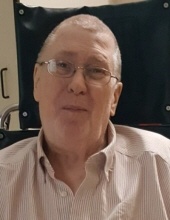 WALTER ”WALT” WILLIAM WINFIELD, SR.
DOTHAN, AL.…Walter “Walt” William Winfield, Sr., a resident of Dothan, AL, formerly of Cumberland, MD, passed away Wednesday afternoon, July 29, 2020. He was 78.
Born January 15, 1942, in Cumberland, MD, he was a son of the late Carl Andrew and Mamie Alvera (Shanholtz) Winfield, of Cumberland.
Walt was a 1961 graduate of LaSalle High School. After high school he served in the Naval Reserve, including 2 years of active duty as a signalman aboard the USS Watchman in San Francisco, CA. Following service he returned to Cumberland to work in the family business, Speelman’s Ice Cream Company, which he ran following his father’s retirement. Prior to his retirement, Walt managed Microtel Inn in Athens, GA.
Walt was active in community affairs in Cumberland, serving as local President and Maryland state Lieutenant Governor of the Optimist Club; was actively involved in United Commercial Travelers; the Independent Retail Food Dealers Association; and also served as a Cub Scout Cubmaster.
He is survived by his daughter, Brandie Gaylor and husband Daniel, Dothan, AL; his sons, Michael Winfield, Woodbine, MD, Walter Winfield Jr and wife Pei-Ju, Taiwan; his sister, Doris Hansrote, Enola, PA; his brother Carl Winfield Jr, and wife Barbara, Mechanicsburg, PA; four grandchildren, a great-grandson, and many nieces and nephews.
WRIGHT FUNERAL HOME & CREMATORY
Phone 334-693-CARE (2273)
www.wrightfuneralhomeandcrematory.com
…celebrating a life one family at a time…
Our establishment does own and operate its own crematory, so your loved one never has to leave our care.
To order memorial trees or send flowers to the family in memory of Walter "Walt" William Winfield, Sr., please visit our flower store.