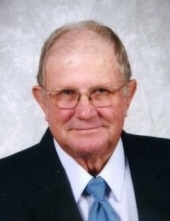 ABBEVILLE…. William “Murphy” Howerton, a resident of the Screamer Community of Henry County, near Abbeville, Alabama, passed away Monday evening, July 5, 2021, at a Dothan hospital. He was 85.

Graveside services with military honors will be held 4:00 P.M Thursday July 8, 2021, at Ebenezer Cemetery with Reverend Joey Hudspeth officiating. The family will receive friends after the service. Wright Funeral Home and Crematory is in charge of the arrangements.

Mr. Howerton was born and raised in Abbeville, Alabama to the late James Murphy Howerton and Addie Palmer Howerton. He was enlisted in the Air Force for 21 years before retiring. He lived all over the United States while in the military. After retiring from the Air Force, he returned to the Screamer Community of Abbeville. He worked and retired from the State of Alabama, as a maintenance superintendent at Lakepoint State Park. He was a member of the Judson Baptist Church.

Along with his parents, he was also preceded in death by his wife, Connie Swanigan Howerton; his two sisters Janie Mae Joiner, and Alice Griffith: and his three brothers, Major Howerton, Jack Howerton, and Robert Howerton

Our establishment DOES OWN AND OPERATE ITS OWN CREMATORY, so your loved one never has to leave our care.
To order memorial trees or send flowers to the family in memory of William Murphy Howerton, please visit our flower store.